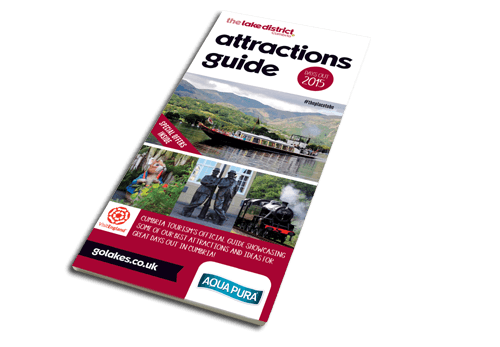 Cumbria Tourism’s 2015 Attraction Guide has been printed and is being distributed worldwide with translations in French, German, Spanish, Chinese and Japanese. Translating the guides into Chinese is part of Cumbria Tourism’s strategy to attract more Chinese visitors to the county. According to ITV Border news, a reported 190,000 students from China come to learn in the UK every year, and they are just some of the possible visitors being targeted in Cumbria Tourism’s new initiative.

The guide design was developed to complement the Food and Drink guide which is also produced by Designworks. Cumbria Tourism’s, Sue Clarke, explains why Designworks were awarded the contract for the Attractions and Food & Drink guides for a third year: “It’s the third year that Designworks has produced both our Attractions and Food & Drink guides. Their attention to detail and organisational skills are second to none which makes my role at Cumbria Tourism much easier.”