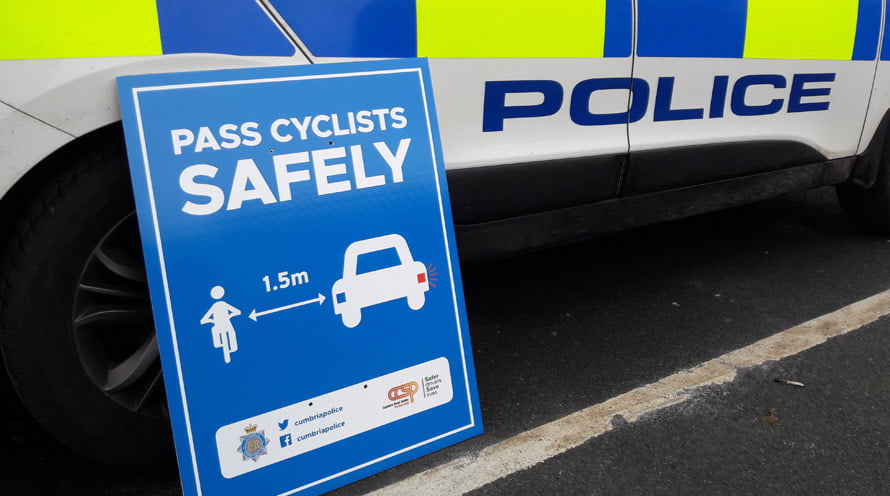 It was great to be part of the launch for Operation Close Pass in Cumbria. The initiative is designed to proactively identify and educate drivers who pass too closely to cyclists.

Designworks worked with Cumbria Police to design the road signage and provide a clear message – Pass Cyclists Safely. 200 signs will be put up around the county to remind drivers to allow a safe passing distance of 1.5 metres when overtaking a cyclist. Education will be supported by ‘close pass’ policing.

Other police forces have reported a 20% reduction in the number of cyclists seriously injured or killed on their roads over a 12 month period.

With the Tour of Britain coming to Cumbria this year, it sends a message to residents, visitors and tourists that the county welcomes cyclists.